It was great to be invited along by Turbo Technics to their 40th anniversary at Donington Park. Steve first met Geoff in the early to mid-90s with his Sierra Turbo doing the CCC Speed Championship, where they would regularly talk although at the time SBD wasn’t involved in turbo engines. Over time we started to do some business together, but this was mostly injection components for Geoff’s own car, later it was the MBE ECUs and then eventually we began to work on the 1.6L EcoBoost turbo engine. We started to do a lot of development work with Turbo Technics, us for motorsport application, which Turbo Technics also used for their road car projects. When Geoff decided to run the Ford Focus, he planned to design and develop his own engine specification based on the 2.3L EcoBoost, we were pleased to be asked to provide the electronics to control the engine. Steve was making some adjustments to the idle speed control, since he hadn’t actually seen the car in the flesh, only the engine remotely when it was on the dyno.

We are still pleased to be involved with Turbo Technics, testing and developing new turbo designs with Geoff and his team.

We were happy to bring along the Bigskidz Racing Team 1.6L EcoBoost powered Fiesta race car with Turbo Technics derived turbo, the boost level is adjusted to comply with the regulations and power requirements for each championship it competes in. We also brought along Mark Smith’s 1.6L EcoBoost Darrian GTR T90 rally car, which has to run a 34mm restrictor and has been developed by Moose Speed Race & Rally Ltd, who are the agents for all rally applications. 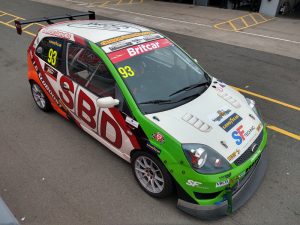 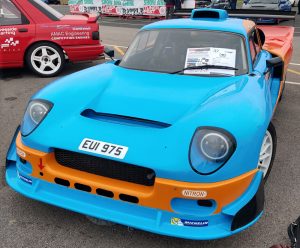