Steve’s Report: We hadn’t taken the Dallara out of the trailer from Lydden, but only needed to change the numbers and reduce the wing settings for the faster Castle Combe circuit. Matt went first and said the car felt very nice, so Steve went for a reasonably quick practice taking it easy over Avon Rise, since the car was quite different on the rear from the last time we were there. The car felt really planted and wasn’t struggling over the bumps. Out of the first chicane, the car again had no issues it was as if the corners weren’t there. Unfortunately coming up to the second chicane, Steve was looking too far ahead and looking at the deviation sign for the exit and not the entrance and at the last moment noticed the correct ones! This gave a bit of a moment through the second chicane but managed to hang on and post a quick time.

Steve got to go first for the 1st timed run and felt as if there was a bit of oversteer, Matt got the slightly hotter tyres but also thought the same. Come the 2nd timed run, the car was definitely oversteering more and the temperature had gone up, so over lunch we adjusted one notch more on the rear wing and softened the rear bar. Steve went first on the 3rd timed run and now felt there was some understeer, Matt got the hotter tyres and put in a quick run to take the lead. The rear tyres which had been used all season weren’t looking great, so we decided we would put on the 2021 tyres that were used originally on the front when we were running the bigger tyre set up. We also put the roll bar setting back to what it was. Matt went first, posted a slightly slower time than his last run but said the car felt good.  Steve knew he had to put a really quick time in to beat Matt and the time was all being lost through the minimum speeds on the apexes, so it was a win or bust run. On this run the car felt good, Steve took a lot less speed off into each corner and the car easily managed to deal with it. The clock stopped at 52.12s, which was 0.28s inside the course record and 0.80s in front of Matt to Steve’s relief.

Another good day, it showed both drivers that there is still a lot more to come. There wasn’t an award presentation, so we didn’t a chance to thank the marshals or the organisers for a good event. The day ran extremely smoothly and we were going home 5pm.

Carole was also had a great day, she had knocked nearly 3s off her personal best and was leading the class most of the day. Malcolm and Bill had managed to fix their drive shaft, which was broken at Lydden the previous weekend and Malcolm was hot on her tail. The temperature dropped in the afternoon, most of the drivers were going slower. In the end Malcolm pipped Carole by 6/100th and she finished 6th Overall so a great result. 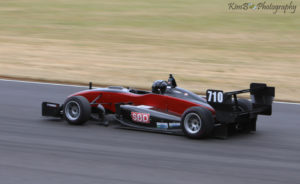 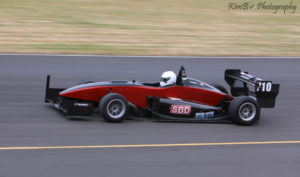 Carole’s Report: The week after Lydden we were at Castle Combe race circuit. Not a round of our Championship but a very well run event by Bristol Motor Club. Quite a large entry for this event, but they are always manage to give us lots of runs. At the same event in 2019 my fastest time was a 60.21, so this was my aim to beat that.

We had a practice run then 4 timed runs spread out through the day on 3/4 of the circuit. First timed run went very well and got straight into a 57.97 second run beating my fastest time last year. On my second and third timed runs the track temperature and tyre temperature had cooled considerably as it became quite cloudy and no direct sunshine which showed in my next two runs with a slightly slower time but pushed me from 6th place down to 7th. I was disappointed but had a final run to try and pull it back. The run went well and I was extremely pleased to see the time clock on the run back to the paddock showing a 57.04 so close to a 56! Next time I will get there. A well run and fun event. 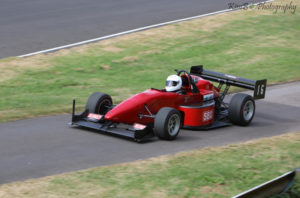