Bright & sunny day, cold to start but the air temperature warmed up quite quickly.

We weren’t able to get the new wing on the SBD Dallara in time, so the car was pretty much the same as last year. The car felt quite nice to drive, however it didn’t feel absolutely comfortable to go flat out through ‘No Name’, but we couldn’t get anywhere near the times we were doing last year. It may be that the track temperature wasn’t quite enough and the tyres weren’t giving all the grip plus they are getting on for 2 years old now. Fastest by quite some way in practice but then Steve Miles managed to put a PB in, which Steve managed to get within 6/100th off, but couldn’t managed to go any faster than that so well done to Steve Miles for getting FTD. 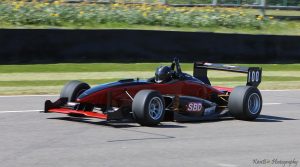 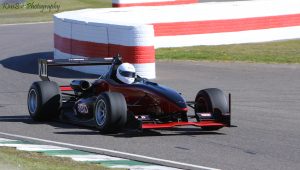 The SBD Westfield had the new intercooler ducting and repositioned radiator, the air temperature and water temperatures considerably lower than last year, back down to levels we had never seen before. Probably need a little bit more work on the ducting, just to get the last bit out of it. Zoe was going well and her times were coming down, unfortunately a coil connection failed on her second timed run when going down the main straight. This slowed her down dramatically, we could see it was going to be a much quicker run. Unfortunately we didn’t have time to fix it for the third timed run. 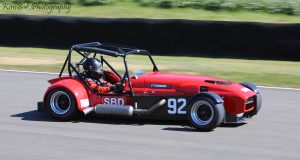